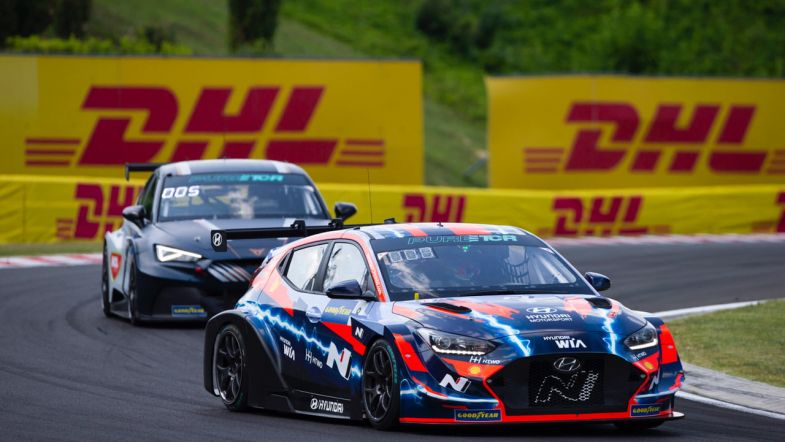 Hyundai driver Augusto Farfus won the PURE ETCR Pool A Round 2 at the Hungaroring after a physical fight with Cupra driver Mattias Ekström.

Ekström had claimed the lead, with Farfus launching a daring move over the grass at Turn 5 to claim the lead after heavy contact.

Farfus claimed the maximum 27 points, but the stewards have announced that the incident is under investigation.

Jordi Gené and John Filippi fought each other in Battle 3, with Gené coming out on top after going side-by-side for several corners.