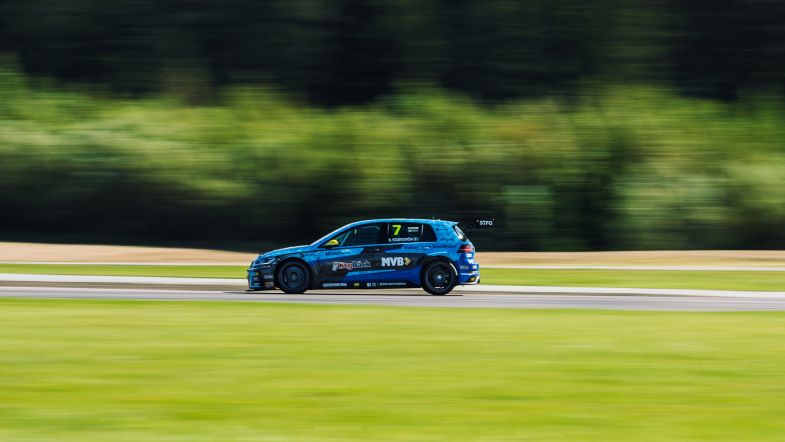 Oliver Söderström topped the first STCC TCR Scandinavia test of the weekend at Anderstorp, going below the lap record with a time of 1:38.268, with championship returnee Jessica Bäckman in second place – just 71 thousands of a second behind.

Robert Dahlgren topped the times initially but dropped to third, with the Cupra driver lapping the circuit 0.136 seconds slower than Söderström.

Bäckman’s Brink Motorsport team-mate Tobias Brink was fourth fastest, 0.374 seconds from P1, ahead of the Kågered Racing duo of Hugo Nerman and Andreas Ahlberg in positions five and six.

Mattias Andersson improved his lap time at the very end of the session but could only manage seventh fastest behind the wheel of his Lynk & Co 03 TCR, one second from Söderström’s time.

Mikaela Åhlin-Kottulinsky, who is placed second overall, struggled as well behind the wheel of her Cupra León Competición, 1.057 seconds from P1 in eighth position.

Lestrup Racing Team driver Robin Knutsson reported a drive train issue and was unable to set a competitive lap time during the session.

The second test of the Anderstorp weekend starts at 13:15 CEST.