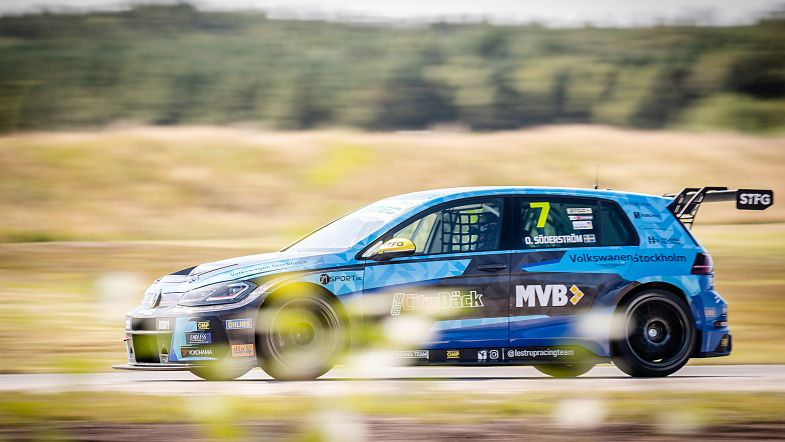 Oliver Söderström has announced that he has given up on fighting for the 2021 STCC TCR Scandinavia title and will instead focus on individual race wins.

“We’ve passed half of the season and I’m not where I hoped to be in the standings,” said Söderström who is trailing points leader Robert Dahlgren by 81 points.

“I’ve kind of given up the title hope and I’m focussing solely on winning races. I want to show that both myself and the team belong at the top and can perform at least as strongly as the top drivers.”

The Lestrup Racing Team driver qualified third for the first race of the Anderstorp weekend and says there is more to come for the races.

“I have mixed feelings after qualifying,” said Söderström.

“Third in Q1 is good, but I feel that there is more left in my driving. But it’s so tight at the top, so if you can’t put together the perfect lap, you will drop a couple of places. But I will start on the inside line for the first race and I will try to fight hard, I know that we have a good race setup.”