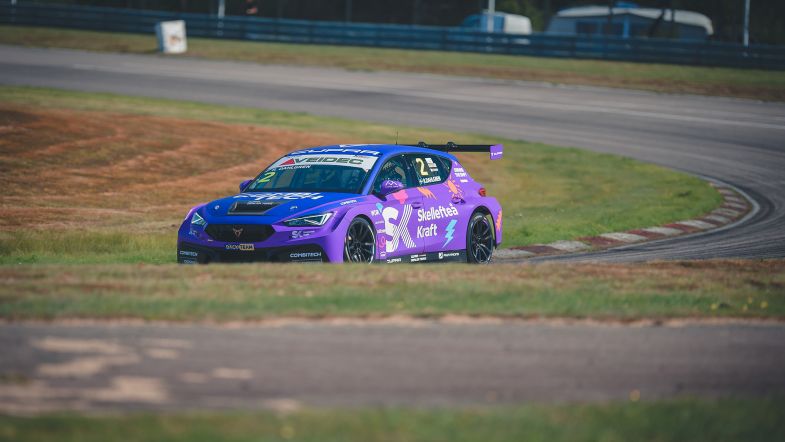 Robert Dahlgren was once again in a class of his own during the STCC TCR Scandinavia qualifying session at Anderstorp, claiming another two pole positions, his eighth consecutive, despite carrying full weight in his Cupra León Competición.

Dahlgren broke the qualifying lap record at Anderstorp in Q1 with 1:37.126, beating the old record by three tenths of a second, heading a PWR Racing 1-2 with Mikaela Åhlin-Kottulinsky in second place, 0.361 seconds behind.

Lestrup Racing Team driver Oliver Söderström was just 0.003 seconds behind her in third position while his team-mate Mikael Karlsson brought out the safety car as he went off track early in the session.

Kågered Racing driver Hugo Nerman was fourth fastest in Q1 ahead of the impressive STCC newcomer Robin Knutsson who claimed position five, just below seven tenths of a second from pole.

Brink Motorsport driver Tobias Brink was sixth fastest and just over a second from title rival Dahlgren. Mattias Andersson and Andreas Ahlberg rounded off the top eight and were the final two drivers to make it onto Q2.

The Q2 session saw Dahlgren once again fastest with 1:37.224, beating Brink by half a second, with the Audi driver setting his fastest time on his very last lap.

The first race of the weekend starts at 11:20 CEST tomorrow.