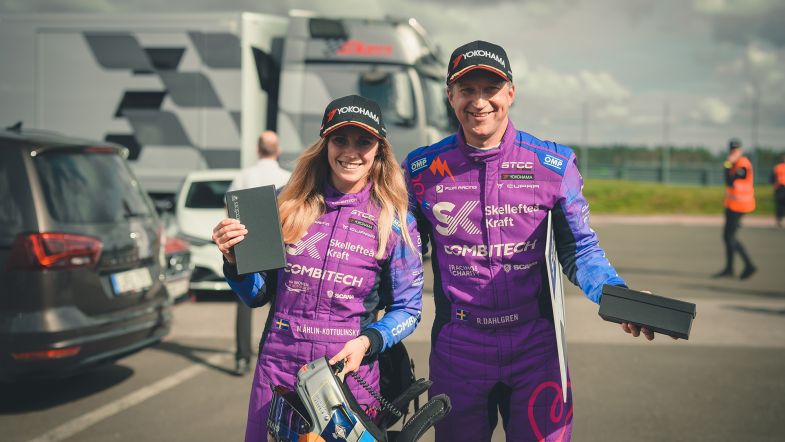 Robert Dahlgren is now on the same amount of STCC victories, 43, as five-time champion Richard Göransson, following his two victories today at Anderstorp.

“I have immense respect for Richard Göransson and to be able to match his number of wins is something that I feel humbly proud and honoured over,” said Dahlgren.

The Cupra driver is in a class of his own this STCC TCR Scandinavia season, having claimed eight poles and eight victories so far, heading the standings ahead of his PWR Racing team-mate Mikaela Åhlin-Kottulinsky by 65 points.

“It’s been a magical weekend, a huge thanks to PWR Racing, they keep delivering at the very top level for each session that we head out to, no matter the circuit,” said Dahlgren.

Another record Dahlgren could beat next race weekend is the most number of wins scored during an STCC season, currently held by Göransson with nine (2004).