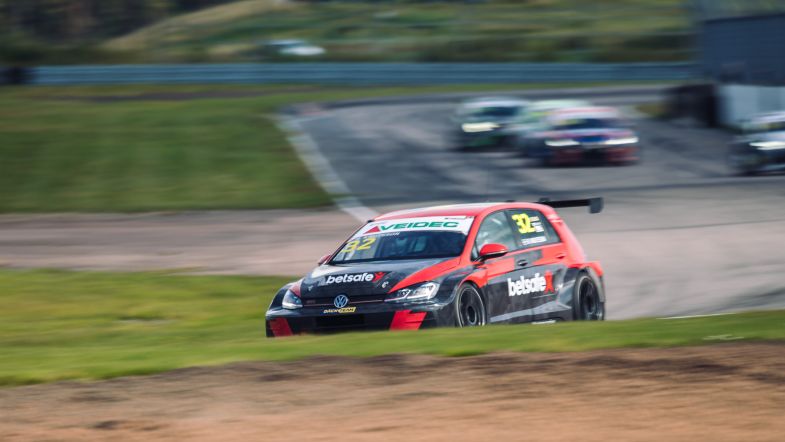 Robin Knutsson made the most of his reversed grid pole position for the third Anderstorp race to claim his maiden STCC TCR Scandinavia victory, heading Brink Motorsport driver Jessica Bäckman by three seconds.

The top two drivers had a calm race while the action was thick behind them.

The two came together at the final corner of lap six in an almost identical incident to the one between Nerman and Brink in the second race.

Andersson was pushed wide and dropped down to eighth position while Nerman kept third over the finishing line.

Points leader Robert Dahlgren started eighth and quickly made his way up through the order to finish fourth.

Åhlin-Kottulinsky made a small mistake that allowed Dahlgren to get past and Karlsson followed through a corner later.

Karlsson and Åhlin-Kottulinsky then made contact at the exit of Turn 1, resulting in the Cupra driver dropping down to finish tenth while Karlsson was able to finish the race in fifth position.

Audi driver Brink held fifth position in the final part of the race but made a mistake that allowed Karlsson to get past.

The next STCC TCR Scandinavia race takes place at Mantorp Park on October 2-3.