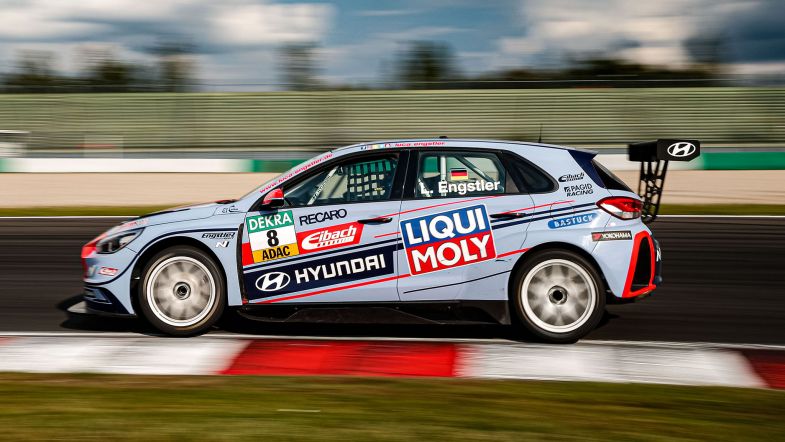 Hyundai Team Engstler’s Luca Engstler claimed the pole position for Saturday’s race at the Lausitzring, host of the fourth round of the 2021 TCR Germany series.

It had rained during the night over the Lausitzring, with the race direction declaring a wet session, but the entire field switched to slicks after the first out lap as the tarmac was dry.

Engstler set a best lap time of 1:29.339 in a largely trouble-free session ahead of Jonas Karklys, driving a Hyundai i30 N TCR from Nordpass, 0.416 seconds behind.

Engstler has increased his lead in the championship with 128 points, 27 ahead of Scalvini and 33 over Fugel.