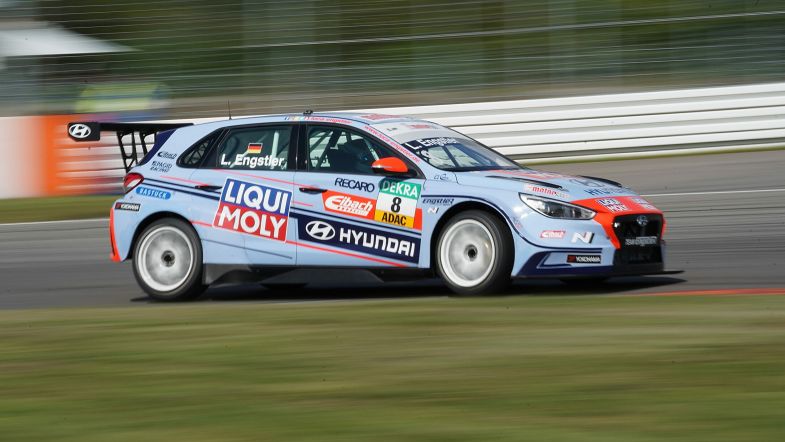 The Team Engstler Hyundai driver set a best time of 1:48.151 to end up nearly half a second quicker than team-mate Martin Andersen, while Race 1 winner Eric Scalvini will start fourth.

Having been on top for almost the entire session, Engstler was the man to beat throughout and he led the early going from the Volkswagen Golf GTI TCR of René Kircher by just over a tenth and a half.

Scalvini and Andersen both had inconspicuous starts to the session, languishing some way down the order but both put in solid times on their second runs to get firmly back into the top five.

Andersen improved to second, just over a tenth of a second adrift of Engstler with his last effort, while Scalvini moved up to fourth with five minutes remaining to displace Philipp Regensperger, who had occupied the third quickest time for a large portion of the session.

Engstler’s final lap extended his margin over Andersen at the end to almost five-tenths, while Kircher consolidated his third place on the grid.

Behind Scalvini in fifth, came Regensperger who finished ahead of Team Engstler’s Nico Gruber.

Jonas Karklys will start seventh on the grid in his Hyundai i30 N TCR, ahead of the best placed Honda Civic Type-R of Honda ADAC Sachsen’s Marcel Fugel.

He finished ahead of Robin Jahr’s Hyundai, while Albert Legutko rounds out the top 10 in his Honda. The other Honda of Dominik Fugel was only 11th fastest.