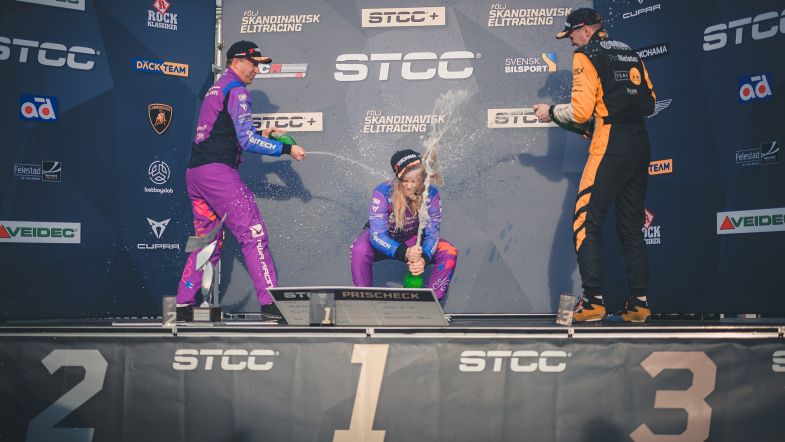 Privateer driver Isac Aronsson started from the reversed grid pole position but was soon swamped by the field and dropped far down the order.

The Cupra driver then made the move for the lead on Aronsson at the start of lap three, a lead she kept throughout the race.

Disaster struck for Andersson after he made his way past Aronsson for third place at Turn 1. Aronsson then struck the back of Andersson’s Lynk & Co heading into Turn 2, sending Andersson into the gravel and retirement.

The safety car was brought out on track as Aronsson was handed a 20-second penalty.

There were no major changes as the race resumed, with Åhlin-Kottulinsky winning the race four seconds ahead of Dahlgren while Audi driver Brink completed the podium.

Oliver Söderström of Lestrup Racing Team crossed the line in fifth while Andreas Bäckman charged up from the back of the field to finish fifth, just four tenths of a second behind Söderström.

The final STCC round of 2021 takes place next weekend at Ring Knutstorp in the south of Sweden.