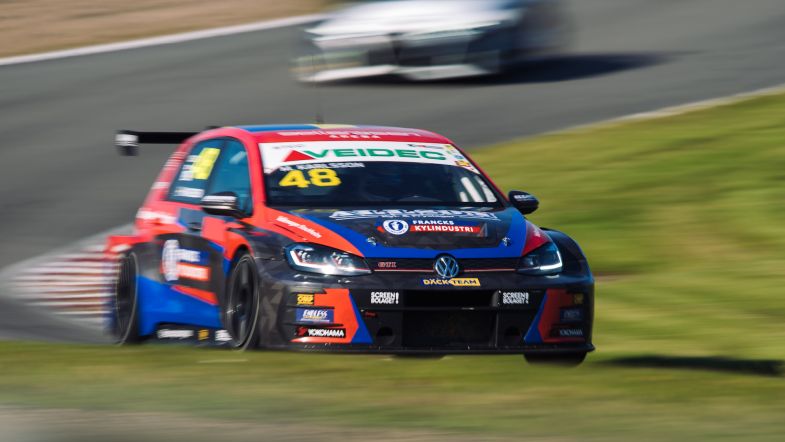 Lestrup Racing Team driver Mikael Karlsson won the last STCC TCR Scandinavia race of 2021 in Race 3 of the season finale weekend at Knutstorp in the south of Sweden.

Karlsson started second on the reversed grid race and was able to get the jump on pole sitter Magnus Gustavsen and kept the lead throughout the race.

Volkswagen driver Hugo Nerman was able to get past Gustavsen as well and remained close to Karlsson in the first part of the race.

Tobias Brink meanwhile had to fight hard to get past Brink Motorsport team-mate Gustavsen, finally making the move stick on lap seven.

The Audi driver then quickly caught Nerman, getting past into second place at Turn 1 on lap 16 as the Kågered Racing driver braked too late.

Brink gained on Karlsson in the lead but never got close enough to launch a serious challenge.

Karlsson won the race 0.725 seconds ahead of Brink, with Nerman completing the podium 2.4 seconds behind.

Gustavsen survived a tough attack from champion Robert Dahlgren to finish fourth, with Oliver Söderström trying hard to get past Dahlgren but had to settle for sixth.

Mikaela Åhlin-Kottulinsky reported a technical issue and could only manage ninth, still scoring enough points to secure the runner-up spot in the championship.