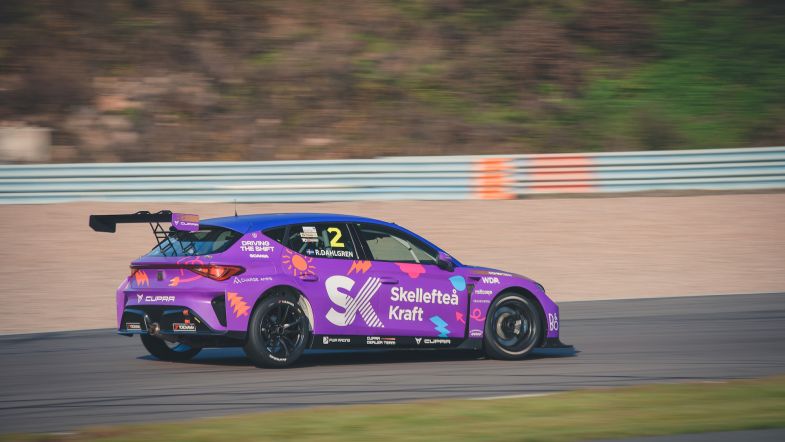 Robert Dahlgren was once again on his own in the penultimate STCC TCR Scandinavia race of 2021, heading the field from lights to flag to score his eleventh win of the season.

The fight for second place was tough behind him between PWR Racing team-mate Mikaela Åhlin-Kottulinsky and Brink Motorsport driver Tobias Brink.

Brink started second but could not defend his position into the first corner, with Åhlin-Kottulinsky getting past with some contact.

The Audi driver then put hard pressure on Åhlin-Kottuslinsky, but was not able to get past. The result means that Brink trails Åhlin-Kottulinsky by 17 points in the fight for second place in the standings with 20 points left to fight for in Race 3.

Mattias Andersson shadowed the duo in fourth position but was never close enough.

Hugo Nerman managed to get past junior title rival Oliver Söderström with two laps left to finish fifth. But Söderström’s sixth place finish was enough for the Lestrup Racing Team driver to secure the junior title.