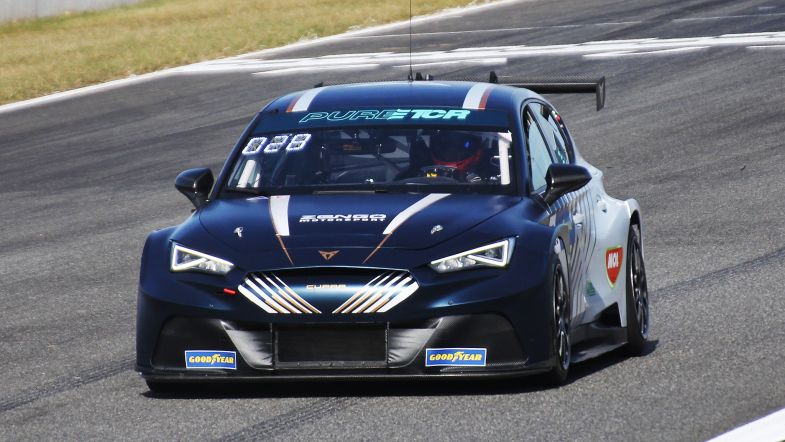 At the start of battle 1, the three drivers stayed side-by-side, with Ekström cutting the inside at Turn 1 to take the lead ahead of Hyundai’s Jean-Karl Vernay and Philipp Eng, with the Alfa Romeo by Romeo Ferraris.

Eng overtook Vernay for second place on lap two and the duel between the two drivers continued, with the Frenchman overtaking the Austrian again on the last lap.

Ekström was clear out front however, and took the victory with a seven-second advantage over Vernay, with Eng just four-tenths further adrift.

Gené took Battle 2’s lead at the start in his Cupra e-Racer, with Tom Chilton settling in second place with the Hyundai ahead of Roberto Baptista at the wheel of the Alfa Romeo.

Baptista attacked and overtook Chilton for second place on lap three but it was Gené who won Battle two, ahead of the Brazilian and with the Briton in third place.

After the Round 1 battles, Ekström leads the standings with 288 points, 34 ahead of Vernay and Cupra’s Mikel Azcona one further point behind.

The ETCR Round 2 battles kick off at 9:05 CEST on Saturday morning.