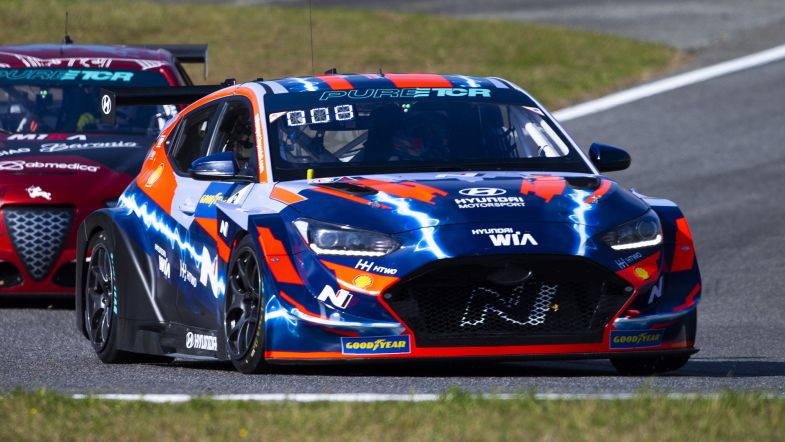 Augusto Farfus: “We have made big progress with the car”

Hyundai N Motorsport driver Augusto Farfus claimed the pole position for the ETCR Super Final A at Pau Arnos, and believes the result shows the hard development work done on the Veloster N ETCR during the season.

Farfus was not only the fastest driver of his time trial; the Brazilian’s lap time was also 0.161 seconds faster than Cupra driver Mattias Ekström’s pole position lap for the Super Final B.

“I think I was also the fastest driver of the day and we have shown that, step by step, we’ve made big progress in the car in today’s time trial, which has been our weakest point during the season,” the Brazilian told TouringCarTimes.

“So we have shown a decent pace today, which gives us good hope and good confidence that we are on the right path.”

The Pau Arnos circuit features long tight corners and up and down sections which present a challenge when managing the electric cars’ energy according to the Hyundai driver.

“Tomorrow it’s going to be a long race and it will be a matter of managing the ‘Power-Up’ and being able to bring the car which, with this tyres, can be very challenging,” added Farfus.

“But we are confident we have some pace and we will try to finish on a high.”