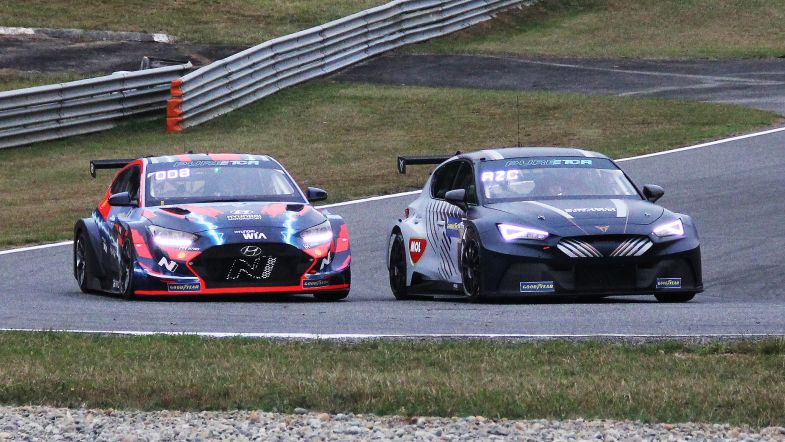 Mikel Azcona, Oliver Webb and Luca Filippi won the Pool A Round 2 battles on Saturday morning at Pau Arnos, host of the ETCR season finale.

Azcona faced Hyundai’s Augusto Farfus in the first battle, with Azcona taking the lead at the start.

On the second lap, the Spaniard ran out of Power Up, with Farfus closing the gap and attacking for the lead, but the Cupra driver managed to prevail.

Webb raced against Hyundai’s John Filippi who took the lead at the start. The Briton however didn’t give up, overtaking the Frenchman for the lead on the second lap and won the battle.

Luca Filippi led at the start against Cupra’s Daniel Nagy, with the Italian having a calm run to win the battle against the Hungarian.