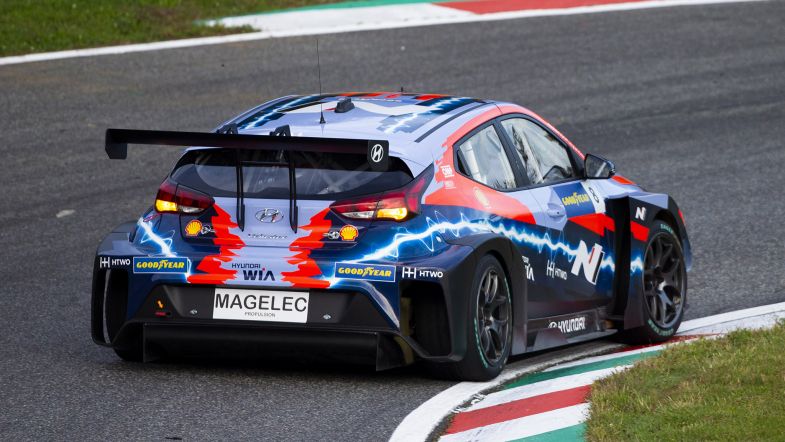 Farfus took the lead of the race at the start ahead of Dániel Nagy and M1RA Romeo Ferraris driver Oliver Webb.

Zengo X Motorsport’s Azcona fell to sixth place after the start and hit Hyundai N Motorsport’s John Filippi in the rear at the chicane on lap one, with the Hyundai driver sustaining damage. The Spaniard managed to recover and overtook Filippi before the end of the lap for ffith.

Farfus, who said that managing the power up would be key, was not able to open a gap, with Nagy and Webb closing in on the Hyundai driver at the beginning of the second lap.

Farfus claimed the victory in the Super Final A, nine tenths of a second ahead of Luca Filippi and 2.6 seconds ahead of Azcona who made his way back up the order.

Nagy fended off Webb to finish in fourth place, with John Filippi in sixth.