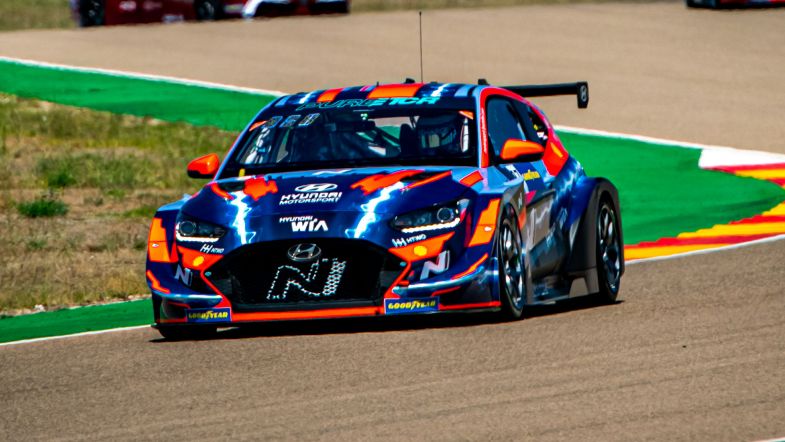 Cupra driver Mattias Ekström survived a start incident to claim the first ever PURE ETCR title in the Super Final B that was won by Hyundai N Motorsport’s Jean-Karl Vernay.

Philipp Eng came side-by-side with Ekström at the start and the two collided, spinning off the track.

This handed the lead to Vernay ahead of team-mate Tom Chilton, with M1RA Romeo Ferraris’ Rodrigo Baptista in third place and Cupra’s Jordi Gené in fourth.

The Swede just needed to finish in fifth place to clinch the title.

The positions remained unchanged until the end of the race, with Vernay winning ahead of Chilton and Baptista while Gené was fourth.

Ekström crossed the finishing line in fifth, one lap behind the leaders and claimed the title on 320 points, four points more than Vernay.