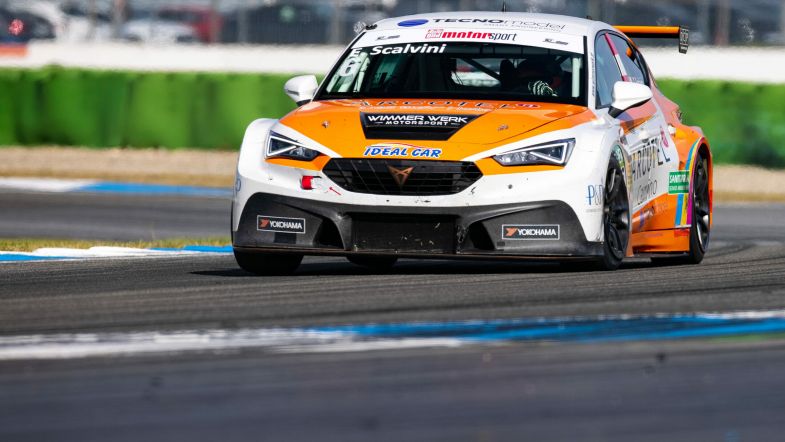 The Cupra driver, who finished Saturday’s opening race seventh after a frustrating weekend at the Sachsenring, posted a time of 1:47.167 to end up just three-hundredths of a second quicker than points leader Luca Engstler.

The session kicked off with the Honda Civic Type-R of Albert Legutko setting the initial pace on a 1:49.889, ahead of brand-mates Marcel and Dominik Fugel.

Engstler then went quickest on a 1:47.200, just under two-tenths faster than the NordPass Hyundai i30 N TCR of Jonas Karklys; the Lithuanian driver again showing impressive pace after qualifying and finishing second for Saturday’s opener.

Martin Andersen hauled his second Team Engstler Hyundai up to third ahead of Fugel, who had improved to third just moments before, while the impressive guest entrant of Sergio Lopez Bolotin was fifth in his RC2 Junior Team Cupra León Competición.

Late improvements in time but not position seemed to have settled things in the dying seconds, but Scalvini struck late with his best effort to steal pole from Engstler with a sensational time.

Patrick Sing was ninth fastest, albeit over one-and-a-half seconds off the pace, while Legutko completed the top ten.