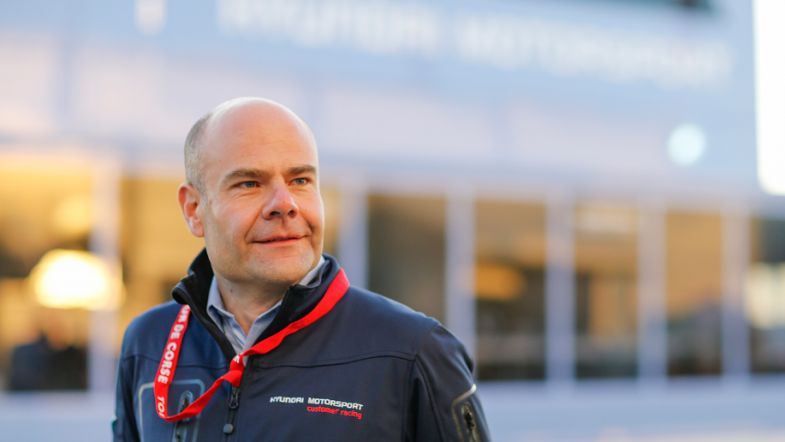 Hyundai Motorsport has announced that team principal Andrea Adamo is to leave his role with the company with immediate effect.

Adamo has been head of the customer racing department since 2015, which included overseeing title-winning programmes in the World Touring Car Cup, before taking on the role of team principal for Hyundai’s World Touring Car Championship entry.

Following the launch of PURE ETCR, Adamo also then took over as leader of Hyundai’s entry into the electric series, which resulted in a second place finish this year with Jean-Karl Vernay.

The decision has been taken for ‘personal reasons’ on Adamo’s part, with Hyundai president Scott Noh taking over on a short-term basis until a replacement is found.

“After six years with Hyundai Motorsport, we have mutually agreed for me to step down from my role as team principal,” Adamo said. “It is time for me to reflect on a relentless and successful period in my career, one full of high points, happy memories and titles.

“I am proud of what we have achieved from building an enviable customer racing department to our consecutive titles in WTCR and WRC.

“I wish the organisation well for its future.”