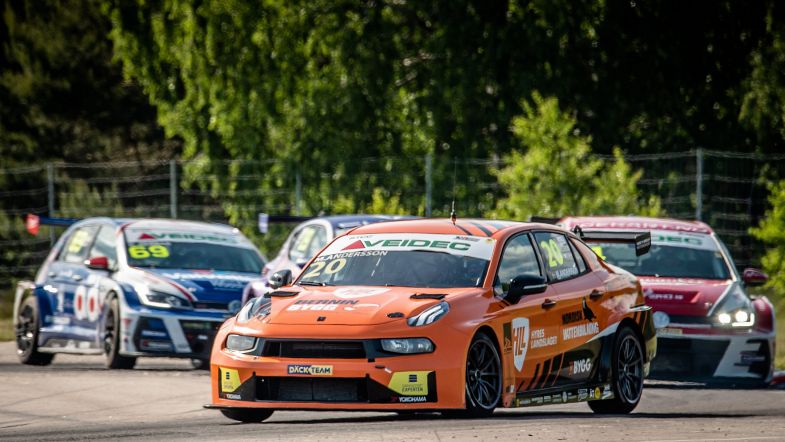 STCC veteran Mattias Andersson has confirmed that he will be back on the grid this year, starting his 22nd season in the championship.

“I’m not struggling to find motivation, on the contrary, I am just as motivated ahead of this season as for my first,” said Andersson.

The MA:GP team switched to the Lynk & Co 03 TCR in the STCC last year, claiming the independents’ title and fifth place overall.

“We congratulate Mattias and MA:GP on their record-breaking 22nd season in the STCC and wish them the very best for 2022,” said Ron Hartvelt, Customer Sport Director of Geely Group Motorsport.

“The team made promising progress last year and we look forward to continue to support MA:GP in the 2022 STCC season.”

The 48-year-old is aiming higher for this year.

“We had a promising first season with our Lynk & Co and all conditions are there to take a clear step forward in terms of results this year,” said Andersson.

“We know which areas we had issues with, where we were strong and with one year of data with us, our goal is definitely to fight for the top three in the championship.”

Andersson has driven 282 STCC races so far, 43 more races than the driver in second place regarding the most races in the championship – Fredrik Ekblom.

Andersson made his STCC debut in 2001, driving a Vauxhall Vectra, and has raced through Super Touring, S2000, TTA and now TCR.

“Yeah, we have been here for ‘a while’ and that does for sure give us an advantage where we can utilise our experience for consistency and that’s crucial in a tough championship like the STCC,” said Mattias Andersson.

“There are a couple of new drivers and models this year, so it won’t be easy. But we believe strongly in our package and we’re looking forward to taking on the challenge.”