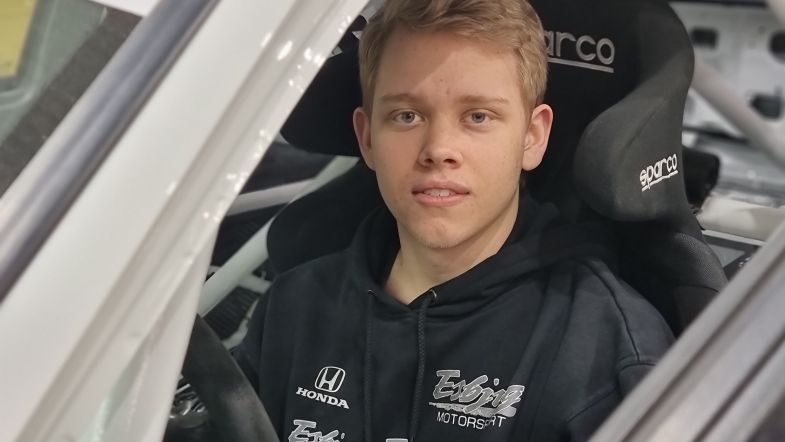 Esbjug Motorsport will return to the STCC TCR Scandinavia and field a new Honda for Norwegian driver Didrik Esbjug.

“I feel extremely motivated ahead of my STCC TCR Scandinavia debut, a really tough championship that I have followed since I was a child and where my dad’s success has inspired me greatly,” said Didrik Esbjug.

The team was last present in the STCC 23 years ago when Kim Esbjug, the team owner and father to Didrik, claimed the independents’ title behind the wheel of a BMW 320i Super Touring.

“We have a really exciting year ahead of us in our step up to the STCC, especially since Didrik has not driven the TCR car or any Swedish circuits before,” said Kim Esbjug.

“So the plan is to build experience and learn as much as possible, the results are secondary. The STCC is one of the toughest championships in Europe and a perfect step for Didrik to take in his career.”

The 20-year-old finished as runner-up in the Norwegian racing championship GT4 last year and is awaiting his first test with the new Honda Civic Type-R TCR.

“I’m longing for the first test and that’s going to be really important for the coming season,” said Didrik Esbjug.

“The Honda is really different to the cars that I have raced so far with a lot more power, grip and setup options. I’m not aiming for a specific result this year, but I just want to learn as much as possible and develop as a driver for the coming seasons.”