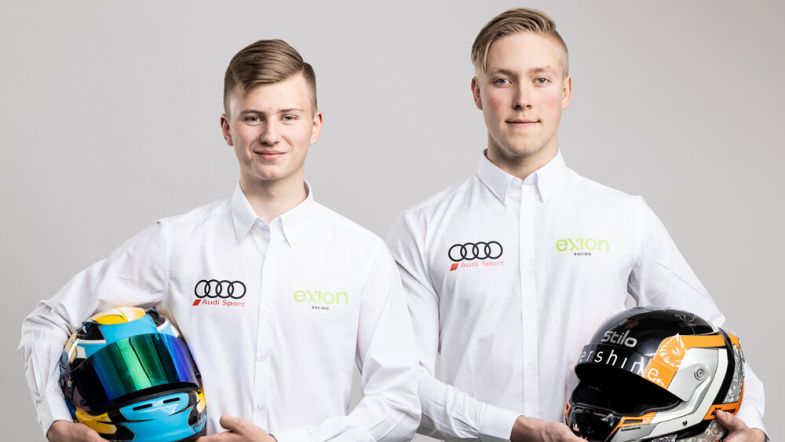 “There is a lot of blood sweat and tears behind this project that we are really proud of launching,” said Daniel Aronsson, team manager of Exion Racing.

“STCC has always been the main goal for us, especially as we have already dipped our toes in the water with Isac Aronsson’s two seasons in the championship.”

Isac Aronsson made his STCC debut in 2020 and finished as runner-up in the independents championship last year for Brovallen Design.

“I feel ready and motivated ahead of this season with Exion Racing’s big programme,” said Isac Aronsson.

“I am of course humble ahead of the task, but I’ve never had so good conditions in the STCC before and my goal is to take a big step forward in the results.”

The 16-year-old Bergman will make his STCC debut this year and comes from two seasons of Formula Nordic, finishing sixth last year despite missing the two final race weekends.

“The STCC has always been a dream for me and I’m finally here with Exion Racing,” said Bergman.

“It feels great to make my debut with the team as we share the same goal for the season. I’ve never raced front-wheel driven cars before, but I will work methodically with the team to create as good conditions as possible for me to grow as a driver.”

The team is currently awaiting delivery of the new Audis, scheduled for late April, and will start pre-season testing shortly after.