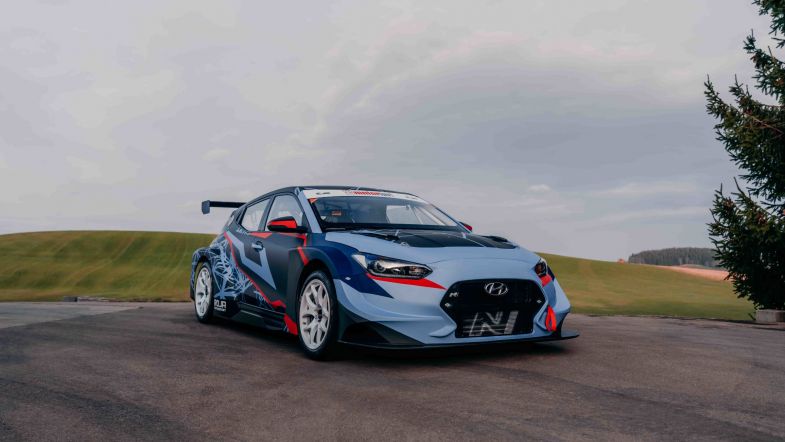 ROJA Motorsport has announced that it will run a pair of Hyundai Veloster N TCRs as part of its programme in the 2022 TCR Germany season.

The team had already announced it would expand from running a single-car last season to run three cars this year, all of which were expected to be i30 N TCRs.

However, the team has now confirmed that it will continue to run just one i30 having acquired a pair of Veloster N TCRs, which will make it the second team to run the car in a European programme this year after Essex & Kent Motorsport in TCR UK.

Jessica Bäckmann is set to race one of the Velosters having sampled the car for the first time during official pre-season testing, with team boss Jahr – who is once again at the wheel of the i30 during the test – set to switch to the Veloster.

The third driver in the line-up has still to be confirmed, although Reece Barr has been running in the Veloster during the Oschersleben test.

“I am very happy to be able to realise my dream of driving a Veloster in the TCR Germany this season,” Jahr said. “These beautiful cars, which are unfortunately not available as road cars on our European market, impress above all with their looks and performance.

“I’m excited about this season and I’m looking forward to the challenge of one team from one vehicle to three vehicles.”