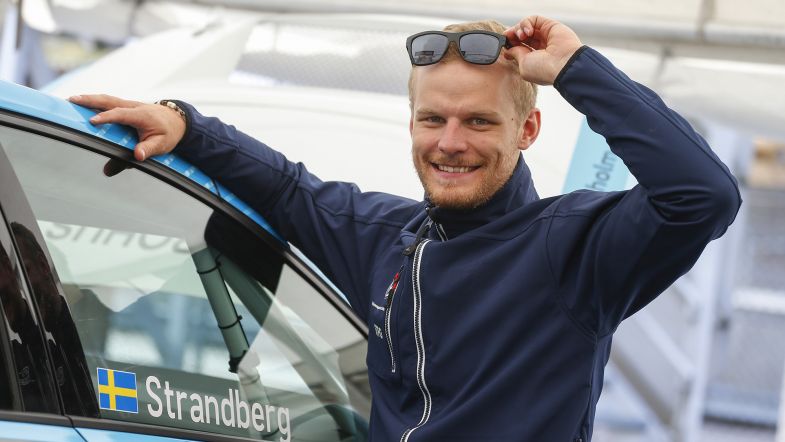 Dennis Strandberg will make his STCC TCR Scandinavia return this year with his own family-run Team Strandberg after two seasons in V8 Thunder Cars Sweden.

“We’ve had two amazing seasons and we feel that it’s time to take the next step up to the STCC,” said Strandberg.

The Swede, who made a one-off BTCC appearance in 2017, claimed the 2020 and 2021 V8 Thunder Cars titles and made his STCC debut in 2017 for Lestrup Racing Team, finishing eleventh overall.

“We know that it won’t be easy to challenge the established teams, but we do think that we can challenge for the independents’ title this year,” said Strandberg.

“I also hope that we can claim a podium finish or two. We need to delivery consistently and be ready when the chance is there with reversed grids or when the others make mistakes.”

“It actually felt better than I expected as I haven’t raced a front-wheel driven car since 2018,” said Strandberg.

“We are going to try and get some more tests done during the spring, but we have a tough assignment ahead of us in our preparations for the STCC season. And that includes me as a driver as I am in a different position compared to when I raced in 2017, being more involved in the running of the team this time.”