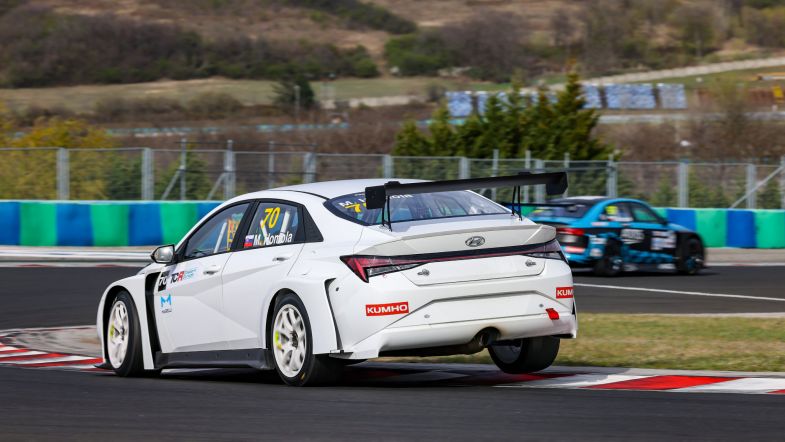 Slovakian racer Mat’o Homola has been stripped of his Race 2 win in the TCR Eastern Europe opener, handing the victory to Janik Motorsport team-mate Jáchym Galáš.

Homola, in an attempt to pass for the lead on the penultimate lap, tapped the right rear of the Renault Megané RS TCR driven by Milenko Vuković, sending the Swiss racer wide – dropping him to finish fourth.

With ten seconds added to his overall race time, the Hyundai Elantra N TCR driver drops to sixth, with team-mate Galáš inheriting the win ahead of Petr Semerád and Vuković.

Bartosz Groszek and Tomasz Rzepecki have been moved up to fourth and fifth.

The penalty also changes the standings, with Groszek leading on 37 points, ahead of Vuković and Semerád on 30 points each. Homola is fourth on 26 points, one point ahead of Galáš.