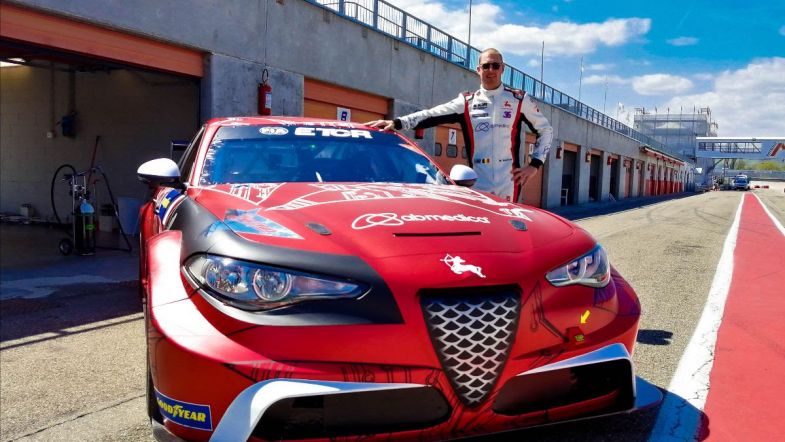 Romeo Ferraris has confirmed Maxime Martin as the first driver for its 2022 FIA ETCR campaign.

“I am thrilled to be able to debut in a cutting-edge championship like the FIA ​​ETCR and to be able to measure myself for the first time at the wheel of an electric racing car like the Giulia ETCR of Romeo Ferraris, which in 2021 has already shown great potential,” said Martin.

The Belgian took part in selected GT races last year and raced in the DTM for BMW from 2014 to 2017, finishing seventh overall during his first two seasons.

“I have many years of experience with tin-top cars, and touring car races for me are almost a return to the past, but obviously, now there is the curiosity and enthusiasm provided by a new technical challenge. I’m eager to contribute to the team to grow together and obtain great results, knowing I’ll be working with a group of very capable people,” said Martin.

The team, which will continue to field Alfa Romeo Giulia ETCRs, is yet to confirm which team-mates Martin will get.

“Welcoming a driver of the caliber of Maxime to our line-up is a great source of pride for Romeo Ferraris, and confirms the excellent work done since the birth of the Giulia ETCR project,” said Michela Cerruti, team principal of Romeo Ferraris.

“Maxime will be making his debut in electric car competitions but has a long career with high-performance cars such as GT3 and DTM, and above all, he knows what it means to be an official driver for a car manufacturer. This aspect has given him a mentality that I am sure will help us to progress even faster.”