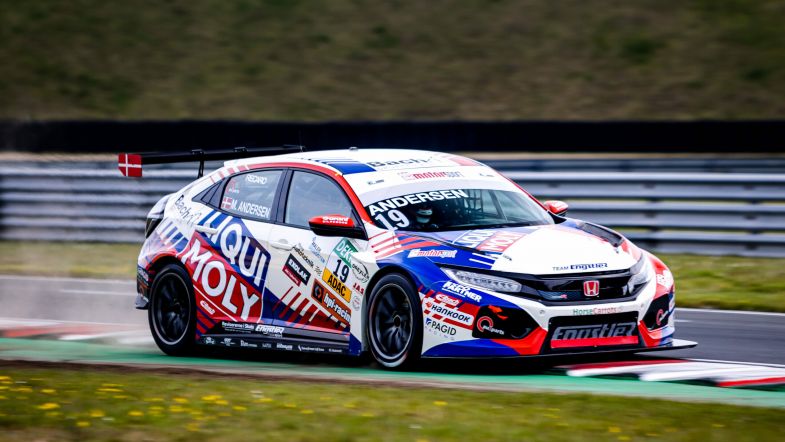 Martin Andersen continued his domination of the TCR Germany season opener at Oschersleben by claiming pole position for Race 1.

The Team Engstler driver, in a Honda Civic Type-R TCR set the fastest time of the weekend in the 20-minute session, beating ROJA Motorsport’s Jessica Bäckman by just under three-tenths of a second.

Andersen posted a time of 1:30.851, making use of slightly cooler ambient air temperatures than in practice to go 0.297s quicker than Bäckman who was the Danish driver’s closest challenger all session.

NordPass Hyundai driver Jonas Karklys will start third on the grid for this afternoon’s opening race, after ending up just under half a second adrift of Andersen’s best effort.

He finished a quarter of a second clear of Bäckman’s ROJA team-mate René Kircher, while Andersen’s team-mate Szymon Ladniack completed the top five in the second Engslter Honda Civic Type-R.

The 30-minute opening race of the season is scheduled to begin later on today at 14:40 CET.