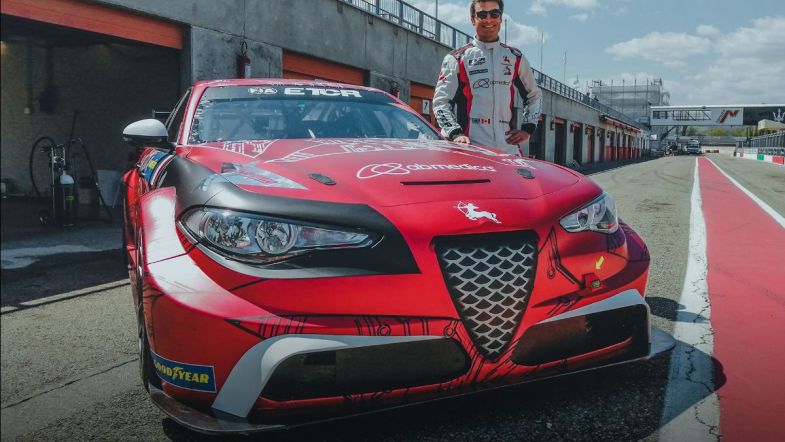 Bruno Spengler will make his debut in the FIA ETCR series this season after being named as the third driver in the Romeo Ferraris line-up.

The former DTM champion will join up with Maxime Martin and Luca Filippi at the wheel of one of the team’s Alfa Romeo Giulia ETCRs for what will be his first experience of electric touring car competition.

Spengler does however have experience of Formula E, having held a reserve driver role in the series that saw him take part in various testing sessions.

“I am approaching my debut in the FIA ​​ETCR championship with great enthusiasm, returning to being involved in touring car racing but this time with fully electric cars,” he said. “I have already had experience as a test driver in Formula E discovering the potential of this technology, but the race sensations it offers are something completely different.

“Last year, as a spectator, I appreciated Romeo Ferraris’ ability to bring a competitive project like the Giulia ETCR to the track. Now it will be nice to be able to give my contribution and fight together for top results.”

Spengler’s signing leaves one place remaining with the team for the season ahead.

“Having Bruno, one of the most successful drivers in the DTM, joining our team shows two things: the potential of our Giulia ETCR is recognized and, at the same time, a championship for fully electric touring cars has great attraction among established names, now even more thanks to the FIA label,” team principal Michela Cerruti added.

“We are proud to have accepted this challenge from the beginning and to now welcome Bruno in our team. Putting together our mutual experiences can play a leading role right from the first round in the calendar.”