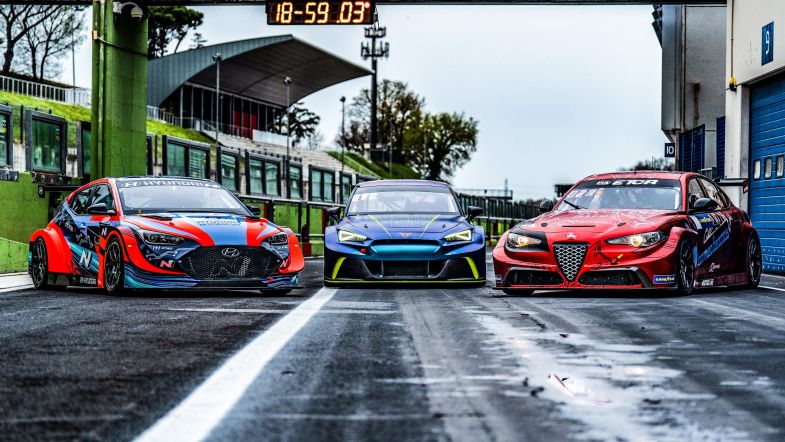 Defending champions Cupra return with Mattias Ekström carrying the #1 on his e-Racer, which is now being run by his own Cupra EKS team alongside series returnee Jordi Gené and two newcomers in the shape of Tom Blomqvist and Adrien Tambay.

Hyundai has already announced that five drivers will compete in the Veloster N ETCR, with Jean-Karl Vernay the only one of the four drivers who raced last year in PURE ETCR to continue into the first year as a full-blown FIA series.

The fourth car will be shared by Nicky Catsburg and Kevin Ceccon.

Romeo Ferraris meanwhile has also retained one driver from last year in the shape of Luca Filippi, with Maxime Martin, Bruno Spengler and Giovanni Venturini completing the line-up in the Giulia ETCR.

“The announcement of the inaugural FIA ETCR eTouring Car World Cup entry list is something many have been looking forward to and we surely can’t be disappointed,” FIA Touring Car Commission president Alan Gow said.

“Between the three manufacturers we have a line-up of proven professionals with an impressive track record in touring car and sportscar racing who will make the FIA ETCR one of the strongest touring car series out there.

“It will be interesting to see how all these talented drivers will cope with the unique demands of ETCR machinery. The entry promises fierce competition and gives us plenty to look forward to this season.”

Series director Xavier Gavory was also delighted with the announcement of the full season entry.

“One of our big stories for 2022 is the strength and depth of our driver line-up for our first season as the FIA ETCR eTouring Car World Cup,” he said. “Cupra EKS, Hyundai Motorsport and Romeo Ferraris will all field drivers of exceptional talent and there are sure to be fireworks on track. When you look at each squad you say wow!

“Each and every driver in the series has the potential to come out in front and we expect some monumental Battles. This weekend we start our season on the streets of Pau where the spectacle provided by these incredible teams and drivers is sure to delight and also enhance awareness of FIA ETCR and electric motorsport on a global scale.”