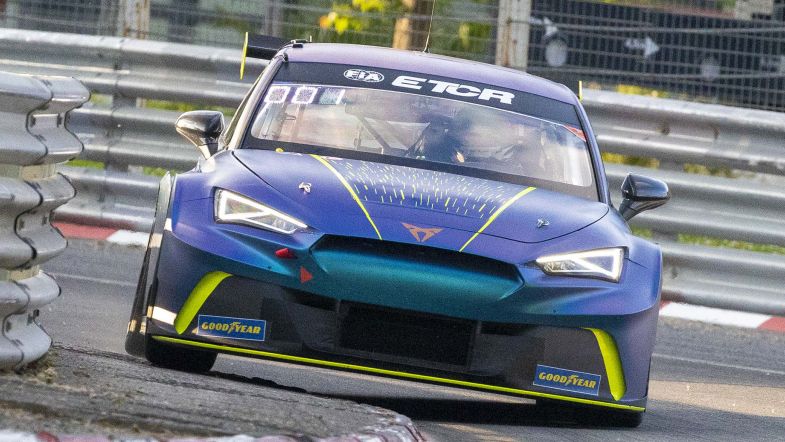 Venturini and Azcona collided, both sustaining damage. The Romeo Ferraris driver had to retire his Giulia ETCR on the track, whilst Azcona limped his Veloster N ETCR back to the pits to change tyres and return to the track. Ekström meanwhile escaped into an untouchable lead.

Spengler took the lead of the second quarter final behind the wheel of his Giulia ETCR, with Cupra EKS’ Jordi Gené in second place and Hyundai driver Kevin Ceccon in third.

Ceccon attacked Gené during the first lap, but the Spaniard managed to defend. The battle for second place allowed leading driver Spengler to build a gap.

Gené and Ceccon used the power up button during the last lap, coming right under Spengler’s rear bumper. The Canadian managed to stay ahead and take the victory ahead of the Spaniard and the Italian.

“It was an interesting one,” Spengler said after the race. “I over-pushed on the second lap, so I had to defend in the end. I’m so happy for the team and it gives us a good position for tomorrow.”

The FIA ETCR returns to the track on Sunday morning for the Pool Fast semi final at 08:05 CEST.