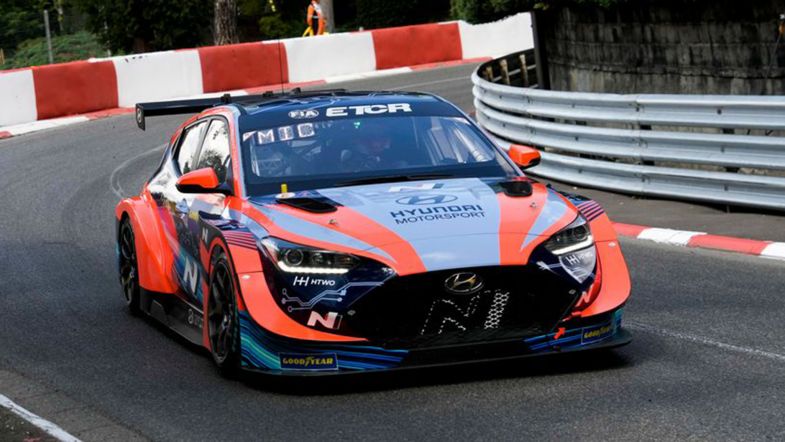 Tambay got ahead at the start of the first heat, leading team-mate Tom Blomqvist and Romeo Ferraris’ Maxime Martin. The positions remained unchanged during the three-lap semi final, with the drivers crossing the line in the same order.

Michelisz took the lead at the start, with Hyundai team-mate Jean-Karl Vernay sitting in second place and Luca Filippi of Romeo Ferraris in third.

Filippi attacked Vernay, overtaking for second place at Turn 1 on lap two, but with the Frenchman coming back and recovering the position three corners later.

Vernay closed the gap to Michelisz, coming side-by-side on the main straight, but the Hungarian was able to stay ahead. Michelisz won the second semi final, with Vernay in second place and Filippi in third.