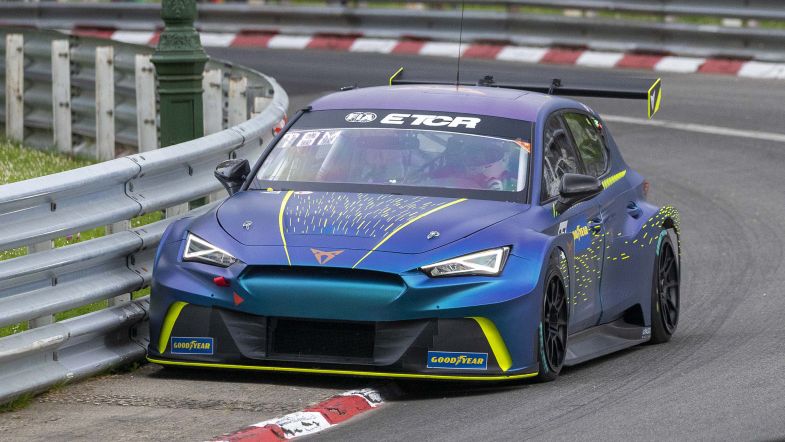 Tambay took the lead at the start of the race ahead of team-mate Tom Blomqvist and Romeo Ferraris’ Luca Filippi, who overtook his fellow Giulia ETCR driver Maxime Martin.

Jean-Karl Vernay of Hyundai slotted into fifth place whilst Norbert Michelisz, who had technical issues, started from the pit lane.

Martin overtook Filippi for third place on lap three, with Vernay also having a look at the inside. Both cars collided, with Filippi sent into a spin and hitting the barriers.

The Italian remained in the car, which wasn’t recovered due to the electric safety restrictions and the race continued with double yellow flags until the end of the race.

Tambay won the Pool Fast super final ahead of Blomqvist and Martin. Vernay was fourth, with Michelisz in fifth position.

After the weekend of competition at Pau, Tambay leads the Pool Fast ranking on 87 points, with Blomqvist three points behind.

The Pool Furious super final is scheduled for 18:51 CEST.