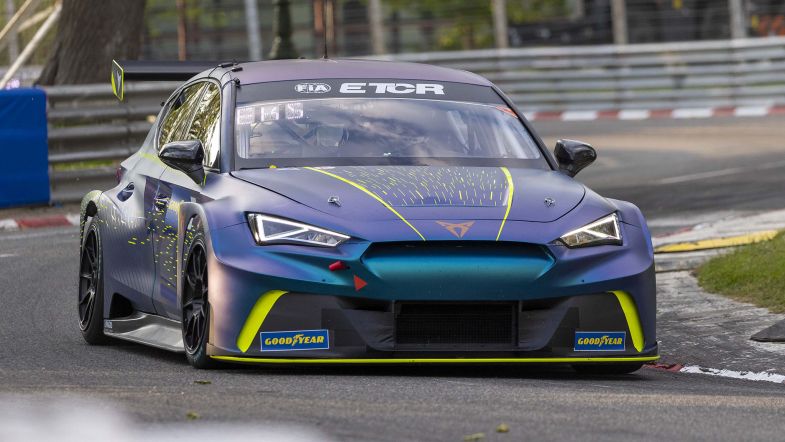 Mattias Ekström: “We start the season in a strong situation”

Reigning champion Mattias Ekström had a perfect start of the 2022 FIA ETCR season at Pau-Ville, with the Swede scoring the maximum points available and becoming the first championship leader of the year.

Ekström, whose team EKS is the official Cupra team in ETCR this year, led every session throughout the weekend, with the team also taking the top three positions in the drivers’ championship with newcomers Adrien Tambay and Tom Blomqvist.

“It’s a dream result to finish 1-2-3 in the first weekend together of Cupra with EKS,” Ekström told TouringCarTimes.

“Adrien and Tom did a great job as well. There can only be one winner in the end and I’m happy that’s me, but I will also be happy for others.”

The races at Pau-Ville also showed that competition will be fierce in the ETCR this year, with Hyundai driver Mikel Azcona putting up a hard fight.

“Getting maximum points puts us in a strong situation to start the season like this but, again, I have to say that it was a very hard race,” added Ekström.

“I had a good fight with Mikel (Azcona), I know him from last year when he was my team-mate, so it feels that I’m racing my little brother to whom I gave all the tricks last year.

“He was very fair but we pushed very hard, and I look forward to more great battles, a lot of racing left this year and I’m already looking forward to Istanbul,” concluded the Swede.