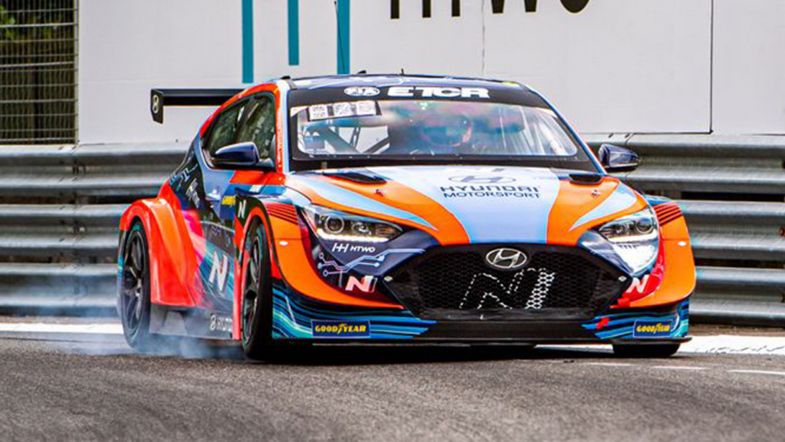 Mikel Azcona boosted by progress made during Pau-Ville opener

Hyundai Motorsport N driver Mikel Azcona was happy after finishing second in the Pool Furious super final at Pau-Ville, a result the Spaniard hadn’t expected at the beginning of the weekend.

“I’m very happy because of the position and, specially, because the evolution of the weekend, as we didn’t start in the best place,” Azcona told TouringCarTimes.

“We weren’t competitive, in free practice we were very far from the Cupras.”

The Spaniard believes that the joint team effort was key to challenge reigning champion Mattias Ekström for the victory, with Azcona pushing the Cupra EKS driver until the chequered flag.

“We worked all together, the engineers and the drivers, to improve the car, and I have to say that, in the super final, the car was completely different,” said Azcona.

“We were competitive, I was able to put pressure on Mattias and we battled with him. I didn’t go for the gap because it was risky, it’s the first race of the season and we have Istanbul in two weeks and, in the end, the target was getting out of the weekend in one piece.”

Azcona had a conservative strategy at the Pau-Ville street circuit, but hopes he’ll be able to challenge for positions in more traditional circuits: “Istanbul is a normal race track and everything will be different. After today’s super final I think we will be able to push better, we will have more open battles and things will be different.”