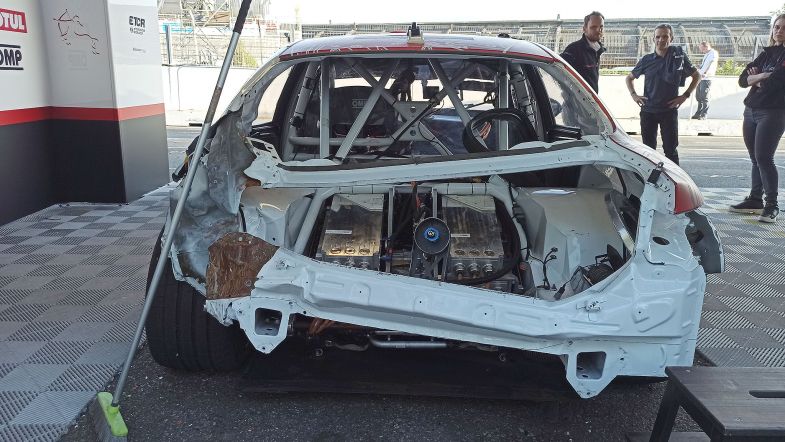 Romeo Ferraris has completed extensive repairs on one of its Giulia ETCRs after a big crash in the Pau-Ville opener, getting it ready for the now postponed Istanbul race that was scheduled for this weekend.

“Our car is ready, the guys did a fantastic job to get it ready, working day and night,” a Romeo Ferraris spokesman confirmed to TouringCarTimes.

The Giulia ETCR, which Filippi shares with Giovanni Venturini, sustained heavy damage to the chassis which prevented Venturini from taking part in the Pool Furious super final.

“It was frustrating to see unintelligent manoeuvres in a FIA championship where we should expect the best from the point of view of driving standards.”

The next round of the 2022 FIA ETCR season will instead take place at the Hungaroring on June 10-12, following the postponement of the Istanbul round.