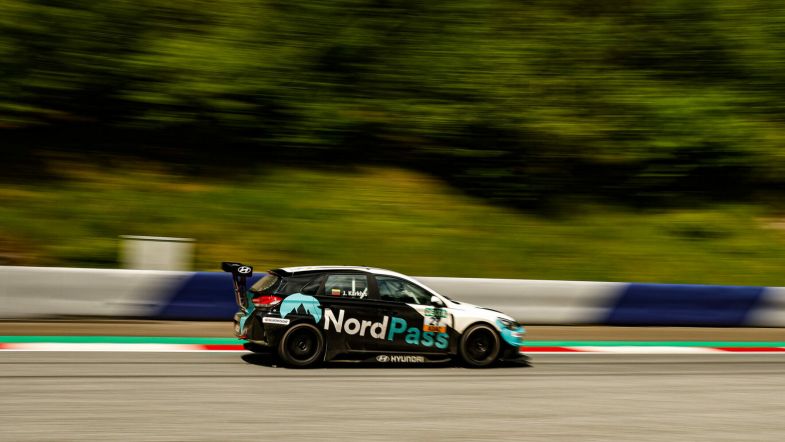 Jonas Karklys could be set to start the first TCR Germany race of the Red Bull Ring weekend from the back of the grid after changing his engine before qualifying.

The NordPass Hyundai driver set the fastest time in qualifying to claim his first-ever pole position in the series, but had to change an engine after Friday’s practice.

“We had some problems with the car and had to change our engine,” Karklys said after qualifying. “Thanks to the guys who got the car back on its feet. I am very happy about my first pole in the ADAC TCR Germany, anything can happen in a race, but the goal is of course to defend P1.”

TCR Germany competitors are limited to one engine during the entire season, with repairs or changes only allowed in exceptional circumstances, and need to be approved by the Technical Delegate from ADAC.

According to article 29 b.1 of the TCR Germany sporting regulations, “a car may use a maximum of one engine during the events of the 2022 season. The engine will be assigned to the driver’s starting number, that means also in case of a change of the car as long as the new car is not a different model.

“An engine is considered to be used as soon as the car’s timing transponder has signalled an exit from the pit lane. Each engine must be sealed by the Technical Delegate before being used by the competitor.”

It also states that “a change of engine by the applicant must be requested in writing to the Technical Delegate” and “any engine change will automatically result in a demotion to the end of the grid for the next race contested by the participant.”

Karklys’ probable demotion to the rear of the field for race one means that ROJA Motorsport’s Jessica Bäckman is in line to start from pole for the first time this season and will be aiming for her second win of the year after winning the opening round at Oschersleben.