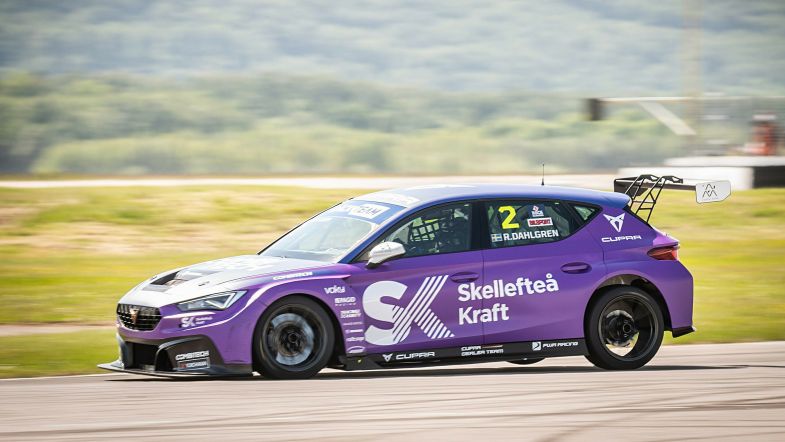 The Cupra driver lapped the 4,1 kilometre circuit in 1:52.284 which was just over a tenth faster than his own qualifying lap record.

Title rival Tobias Brink was six tenths slower in second place behind the wheel of his Audi RS 3 LMS II.

Axel Bengtsson of PWR Racing was sixth fastest on his debut at the Skellefteå circuit, with Exion Racing team-mates Calle Bergman and Isac Aronsson in seventh and eighth.

A second one hour test session will be held at 20:00 CEST tonight.