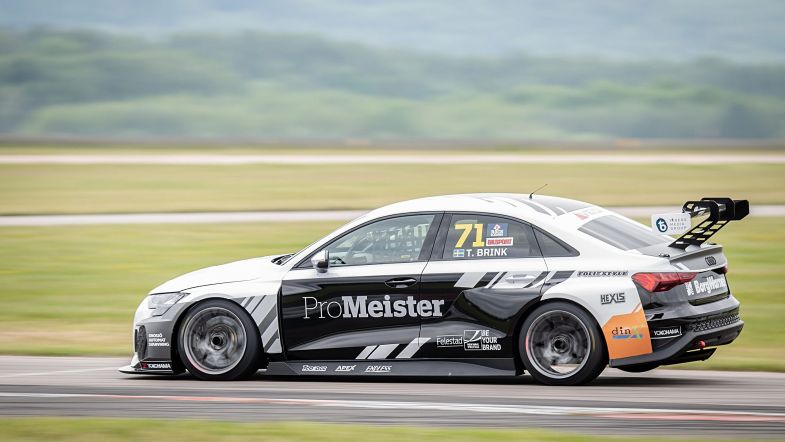 The top duo were on their own during the session, with Lestrup Racing Team team-mates Andreas Bäckman and Oliver Söderström third and fourth, four and six tenths of a second behind respectively.

Hugo Nerman was sixth for Brink Motorsport and just over a second from his team-mate’s best time.

Exion Racing drivers Isac Aronsson and Calle Bergman rounded off the top eight ahead of the independent Volkswagen duo of Dennis Strandberg and Marius Solberg Hansen.

The session was red flagged once as Cupra TCR driver Rasmus Hedberg came to a halt on the circuit due to a suspected broken driveshaft.

Next up for the STCC TCR Scandinavia field is the first free practice session, starting at 11:00 CEST tomorrow.