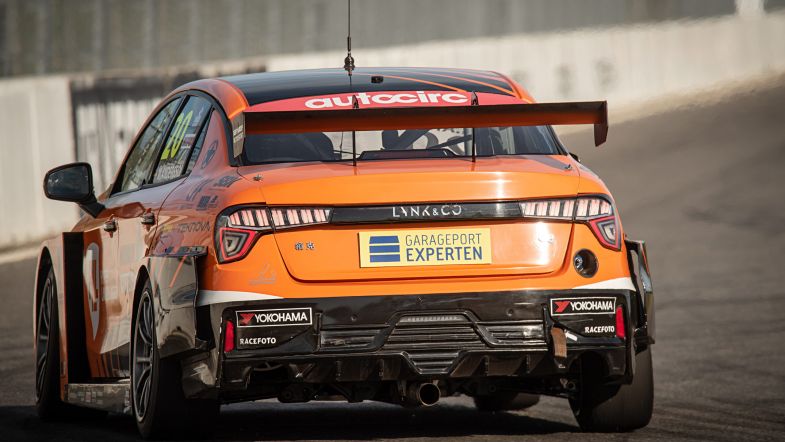 Reigning champion and points leader Robert Dahlgren meanwhile went off during Q1 and could only manage sixth position. Things went from bad to worse in Q2 where he had his best time deleted for exceeding track limits and finished sixth.

This marks the first time since 2020 that Dahlgren has failed to score at least one pole during a STCC race weekend.

Andersson was just two thousands of a second behind Nerman in Q1, with Tobias Brink in fourth and Oliver Söderström fifth.

Norwegian Volkswagen driver Marius Solberg Hansen had a tough Q1 session, having his best lap times deleted for crossing the white line at the final corner and will start 13th in the first two races tomorrow.

Andersson claimed pole in Q2 and five points to the drivers’ championship after setting a best lap time of 1:52.251, 0.317 seconds ahead of Bäckman.

Söderström and Brink occupied positions four and five, 0.529 and 0.561 seconds behind respectively.

The first race of the weekend starts at 12:55 CEST tomorrow.