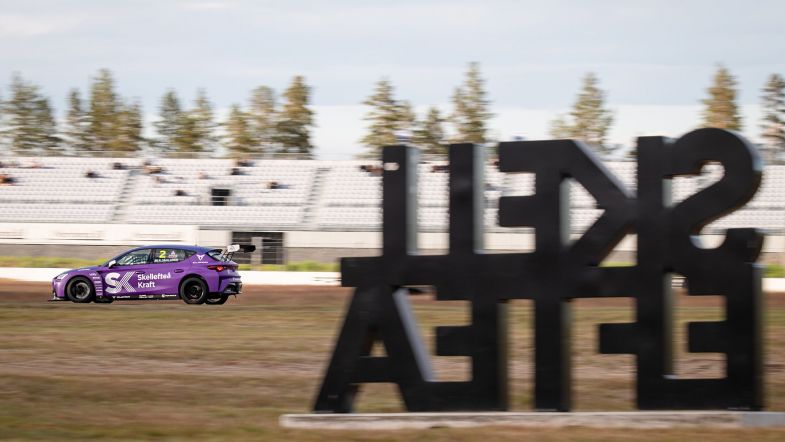 Robert Dahlgren: “I don’t know why we didn’t have the speed we should have”

Robert Dahlgren had his worst qualifying session in two years, missing out on pole for the first time since 2020 as the STCC TCR Scandinavia field qualified at Skellefteå Drive Center Arena.

“I don’t know why we didn’t have the speed we should have, I’m confused over what happened,” said Dahlgren.

“We have some theories, but we have to go over the car in detail ahead of tomorrow.”

The reigning champion went off during Q1 to finish sixth and had a lap time deleted during Q2 for exceeding track limits, ending up in sixth position again.

“I took a chance during Q1 when I saw that we were down on time and I went off track, just lost grip,” said Dahlgren.

Rain is forecasted for tomorrow in bright contrast to the bone dry track of today, something the current points leader is welcoming.

“I think that will be really good for us, we’ve got our rain settings under control,” said Dahlgren.