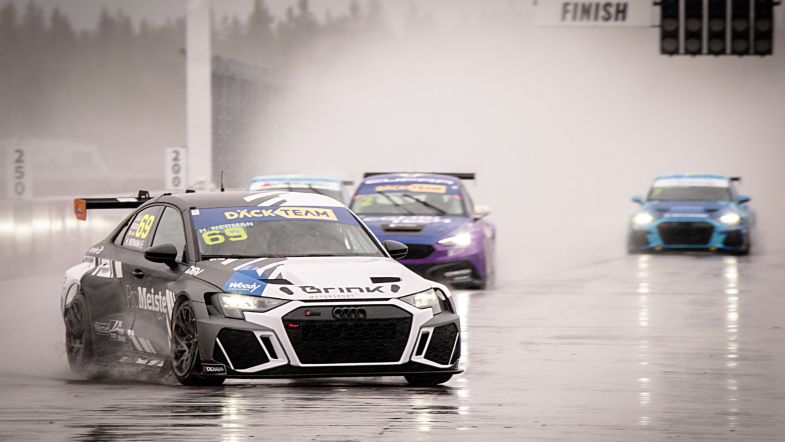 Hugo Nerman has been reinstated as winner of the first STCC TCR Scandinavia race at Skellefteå as the stewards has withdrawn his penalty for jumping the start, thus scoring his maiden win in the championship.

The Brink Motorsport started second but made a strong start to pass pole sitter Andreas Bäckman into Turn 1.

Nerman kept the lead throughout the race, despite a safety car interruption and crossed the finishing line 2.4 seconds ahead of Robert Dahlgren.

A 20-second penalty was applied to Nerman, dropping the Audi driver to sixth position and promoted Dahlgren to winner.

Just before the start of the second race, the stewards withdrew the penalty, reinstating Nerman as winner of Skellefteå Race 1.