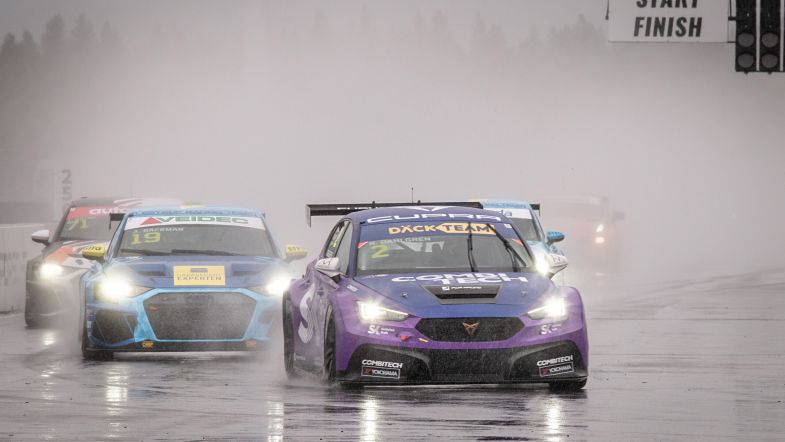 Robert Dahlgren hit with penalty for incident with Calle Bergman

Reigning STCC TCR Scandinavia champion Robert Dahlgren has been hit with a five second post race penalty following his incident with Calle Bergman in the second race of the Skellefteå weekend.

The two made contact during the first lap, sending Bergman into retirement while Dahlgren was able to continue.

The PWR Racing driver dropped down to eighth position, but fought his way back up to finish the race in fourth position.