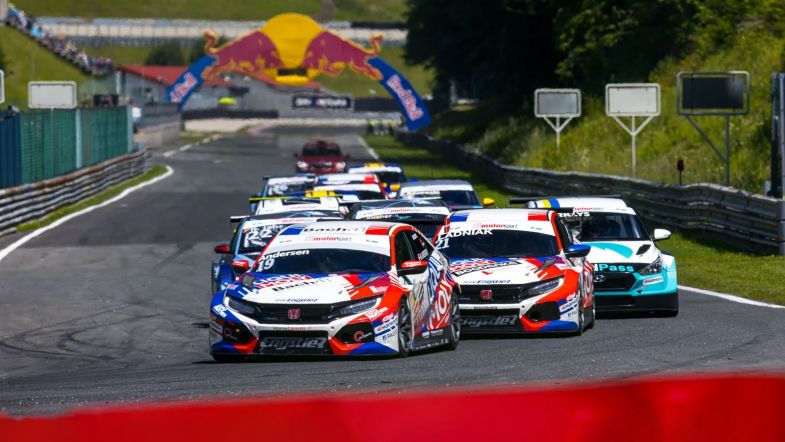 Szymon Ladniak claimed his maiden TCR Germany win in the first race of the weekend at Salzburgring in Austria.

The Team Engstler driver started from pole position but was beaten into Turn 1 by team-mate Martin Andersen.

But Ladniak was quick to retake the lead and dominated the race from then on to win by over eleven seconds.

Andersen had to focus on defending second place instead from ROJA Motorsport drivers René Kircher and Robin Jahr.

The Dane was able to keep ahead to secure second place ahead of Kircher and Jahr, with just a second separating the three over the finishing line.

Hyundai Veloster N TCR driver Jessica Bäckman fought her way from the back of the grid to finish fifth following a engine change grid penalty.

Roland Hertner made strong progress in the race as well to finish sixth from eleventh on the grid for Team Engstler.

Former BTCC driver Vincent Radermecker finished seventh for Maurer Motorsport behind the wheel of his Holden Astra TCR while Max Gruhn rounded off the top eight.

Next up for the TCR Germany field is the second qualifying session, starting at 09:30 CEST tomorrow.