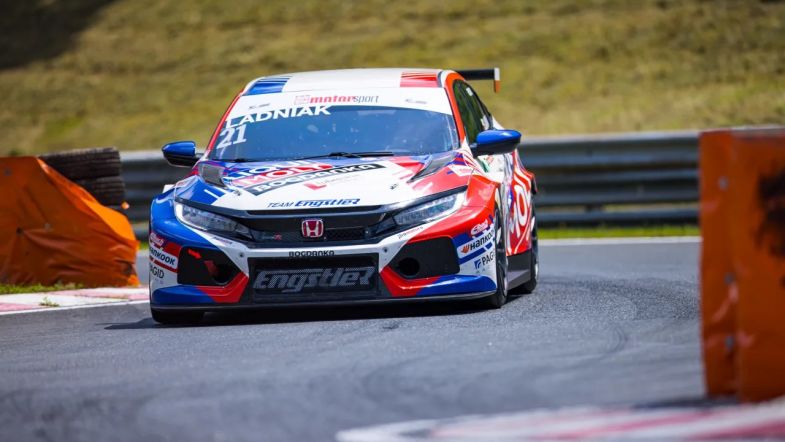 Szymon Ladniak claimed the TCR Germany pole position for Race 1 at the Salzburgring ahead of Team Engstler team-mate Martin Andersen.

The Honda duo locked out the front row, separated by 0.197 seconds.

The ROJA Motorsport duo of René Kircher and Robin Jahr claimed positions three and four, five and seven tenths of a second behind respectively.

Jonas Karklys of Jutaracing was fifth fastest behind the wheel of his Hyundai i30 N TCR, just over a second from pole.

Jessica Bäckman, who is placed second overall behind Andersen, was seventh fastest ahead of Maurer Motorsport’s Vincent Radermecker while Patrick Sing rounded off the top eight.

Bäckman will start from the back of the grid though as her team was forced to change engine on her Hyundai Veloster N TCR yesterday.

The first race of the TCR Germany weekend in Austria starts at 14:15 CEST.