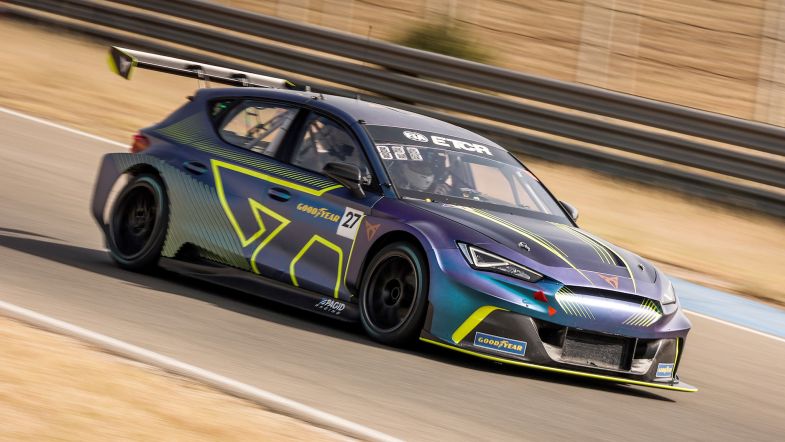 At the start Tambay got ahead, with Jordi Gené trying to defend the inside at Turn 1, but conceding the position to his team-mate.

Hungarian Hyundai driver Norbert Michelisz found a way past Gené on lap three, overtaking for second place. Tambay won the race ahead of Michelisz and Gené.

At the start, the three went side-by-side into the first corner with some contact. Spengler got ahead, with Filippi fighting with Vernay and overtaking the Frenchman for second place.

But Filippi lost control of his car on the second lap, spinning off the track and was left stranded in the gravel trap. Spengler managed his advantage, with Vernay coming within half-a-second of the Canadian.

Spengler managed his power-up to stay in front and win the second semi final ahead of Vernay, with Filippi not classified.

Tambay now leads the Pool Fast weekend classification on 52 points, two ahead of Gené and 11 over Michelisz.

The ETCR returns to the track for the Pool Furious semi finals at 12:05 CEST.