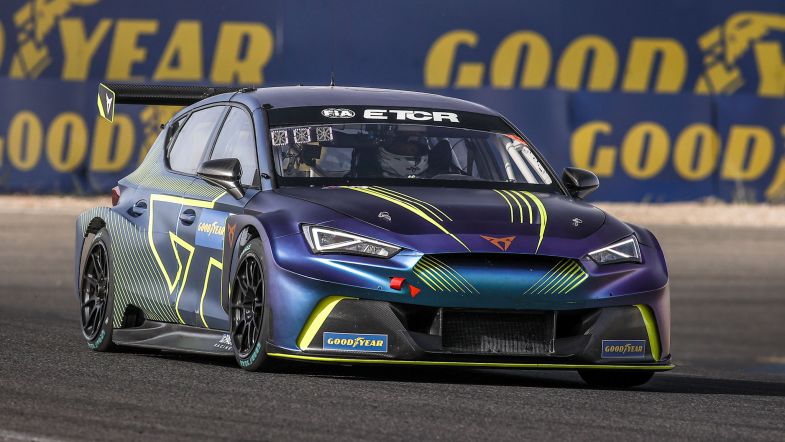 Cupra EKS driver Mattias Ekström and Hyundai Motorsport N’s Nicky Catsburg won the Pool Furious semi finals at Jarama, with the Dutch driver scoring the victory in his maiden weekend in the series.

Ekström, Hyundai’s Mikel Azcona and Romeo Ferraris’ Maxime Martin lined up for the firest semi final, with the Swede and the Spaniard charging ahead at the start.

Ekström took the lead, ahead of Azcona and Martin. The two leaders opened a slender gap as the Belgian opted to save his power-up, but locked the brakes on lap three, losing two seconds to the leaders.

The Cupra driver managed to open a gap, saving his power-up, with Azcona struggling to keep up with the Swede. Ekström won the semi final 1 ahead of Azcona and Martin.

“I had a good start but Mikel was very close,” said Ekström after the race. “I managed the tyres and stayed ahead, so it was a good race.”

At the start Blomqvist got ahead, with Venturini lining up on the outside at Turn 1. The cars collided slightly, with Catsburg making the most of the incident to steal the inside and take the race lead.

Blomqvist kept a close eye on Catsburg, trying the overtake on the main straight at the start of the third lap and moving to the outside of Turn 1, with the Dutch defending and managing to stay ahead.

Catsburg managed his power-up to keep the lead starting the last lap. The Briton tried to find a way past but Catsburg closed every door. Venturini, who had saved his power-up, closed up to Blomqvist, but could only be third at the line.

After the semi finals, Ekström leads the Pool Furious classification with 60 points, 16 ahead of Azcona and 23 over Blomqvist.

The Pool Fast final is scheduled for 15:06 CEST.