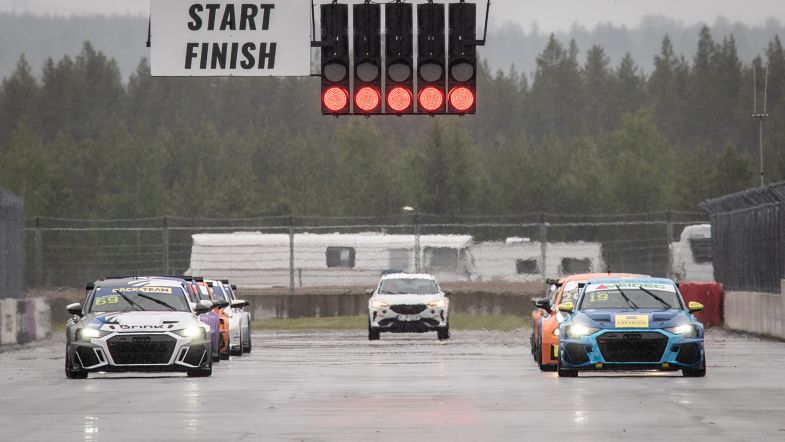 Hugo Nerman: “I moved a bit before the lights went out”

Hugo Nerman took his first two STCC TCR Scandinavia victories during the Skellefteå weekend and has closed in on points leader Robert Dahlgren to a margin of just five points.

But the first race came under controversial circumstances as the Brink Motorsport driver was hit with a 20-second penalty that later was withdrawn following a successful protest by the team.

“In the first race, where I started second, there was a mistake in the start procedure from the race directors,” said Nerman to Helsingborgs Dagblad.

“We have a rather complicated starting procedure where we must make a number of steps to prepare the car. If that suddenly changes and we get a lot less time, it make is difficult for many.

“I moved a bit before the lights went out, but I was stationary when they went out.”

It has been reported that the track marshals missed putting the five-second board out before the start light procedure began, thus enabling the team to successfully protest the jump start penalty.

“We filed a protest and they looked over what had happened,” said Nerman.

“They realised that I did not get an advantage of it. It had neither affected the start or the race.”

The start can be seen in the highlights from the first race below.

It's time for highlights from the first #STCC #TCRScandinavia race in Skellefteå! 🎬 @HugoNerman claimed a controversial win 🏆 after a retracted jump start penalty. Don't miss @RobertDahlgren's charge 🔥 and the fight for 4th between Brink and Söderström! 💥 #TCR pic.twitter.com/2pr6IJ6TLT