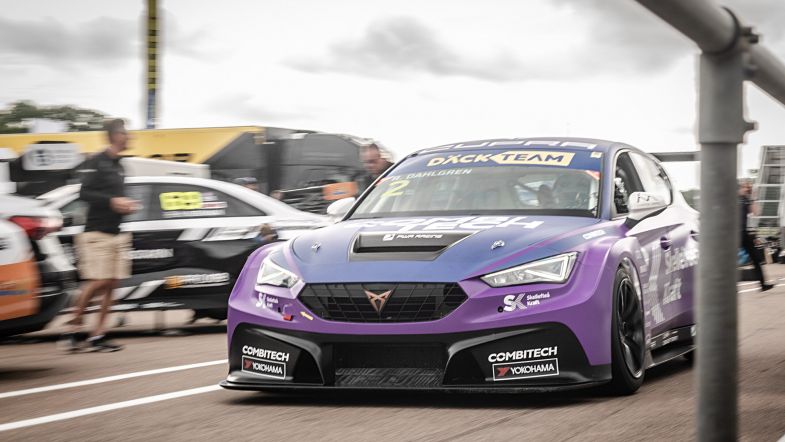 Philip Morin’s long-standing qualifying lap record at Knutstorp is no more after championship leader Robert Dahlgren topped the times in qualifying for the third meeting of the STCC TCR Scandinavia season.

Morin’s record had stood since 2018 but would fall in the Q2 segment of the session as Dahlgren battled for pole with Andreas Bäckman and Axel Bengtsson.

Bengtsson looked well placed to score pole in his Cupra Leon Competición having popped in a quick lap on his first run in the final stage of qualifying but Bäckman edged ahead to score provisional pole in his Audi.

However, Dahlgren was following close behind and crossed the line to set a 59.159s lap that was a tenth of a second under the existing lap record and good enough to grab pole for race two of the weekend – as well as the maximum bonus points on offer in the championship to cement his points lead.

Bäckman and Bengtsson followed behind, with Oliver Söderström in fourth spot, albeit more than six-tenths of a second off the pace.

Tobias Brink and Mattias Andersson rounded out the top six.

Dahlgren had earlier beaten Bäckman to the fastest time in Q1 to ensure he will also start race one from the front of the grid, with Söderström and Bengtsson again sharing the second row – albeit in the opposite order to race two.

Brink will line up in fifth spot alongside Hugo Nerman when the action begins at 11:15 CEST on Saturday.