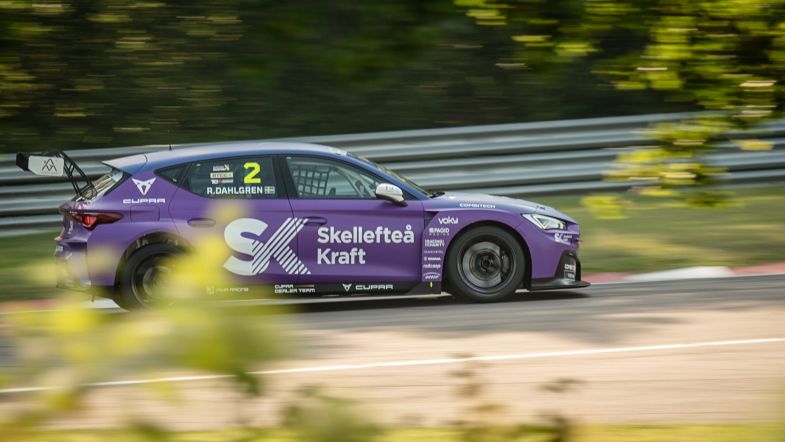 Robert Dahlgren remained the man to beat ahead of the latest rounds of the STCC TCR Scandinavia season at Knutstorp after topping the times in the first of Friday’s two test sessions.

The defending champion had led the way during three hours of running at the circuit on Thursday and improved on his fastest time at the wheel of the PWR Racing Cupra León Competición to head the Audi of Andreas Bäckman.

Bäckman had sat on top of the times in the early stages of the session before Dahlgren made his way to the top, with the pair split by 0.182s when the chequered flag dropped.

Axel Bengtsson was third quickest in his Cupra with Tobias Brink in fourth spot in his Audi – with just 0.020s covering second to fourth on the timing screens.

The two new Audis from Team Auto Lounge Racing – in the hands of Christian Skaar and series debutant Johan Lund – were 13th and 15th.

A further practice session is scheduled for 13:15 CEST ahead of qualifying later this afternoon.