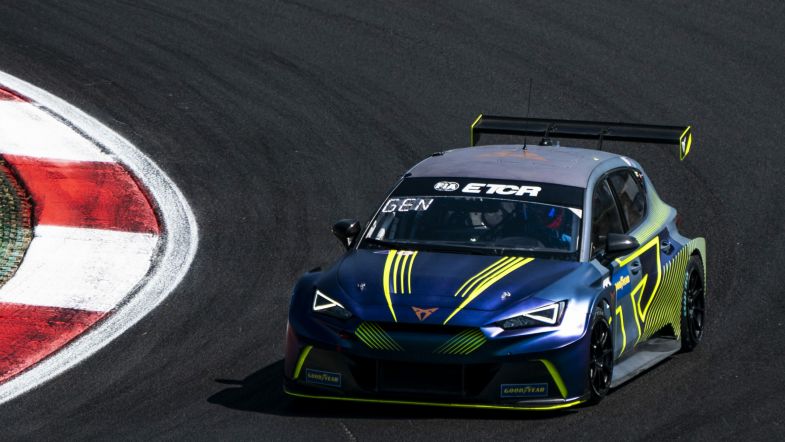 Cupra driver Jordi Gené was fighting for second place with Romeo Ferraris’ Luca Filippi in his Pool Fast quarter final, when a tyre issue put an end to his quest during braking at turn 5.

“We know we suffer with the tyres because our cars are heavy and powerful, and on top of that today was really, really hot,! admitted the Spaniard to TouringCarTimes.

“We obviously knew all of this and went conservative with the setups and I was trying to avoid the kerbs as much as possible, but it happened. We need to analyse everything and find out why it happened. We know we had two failures (including Adrien Tambay’s in quarter final 1), but it also happened to an Alfa, and never on a Hyundai, so we need to understand.”

Gené stated that he is confident that the engineers of his Cupra EKS team will find a solution.

“We have a super team of engineers and I’m sure we will solve this issue,” said Gené. “I’m not fighting for the championship, but Adrien is and we also all need the confidence to drive in a relaxed way. I’m a bit surprised because we already tried to help the tyre with the setup, but we still have room to go in that direction.”

The Spaniard refused to put the blame on either the car or the tyres, although he hinted that there must be a feasible solution as other cars did manage to finish the race.

“I’m not going to place any blame because it’s not clear what caused it. Obviously if other cars did the race and we didn’t, then we need to be smart and make sure we can finish the race.”