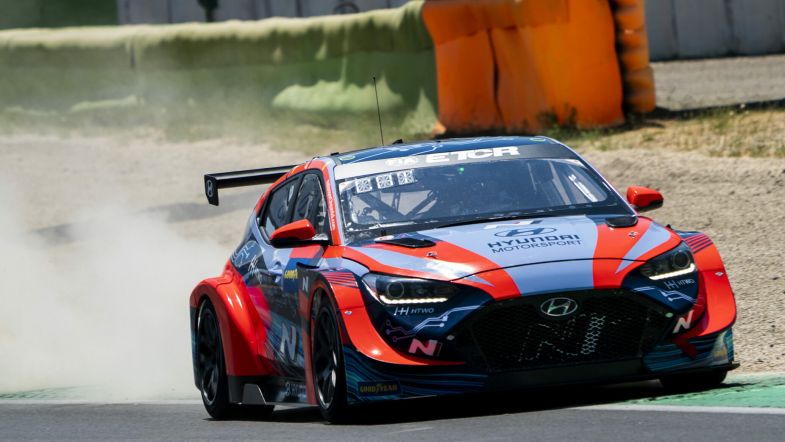 Maxime Martin won the Pool Furious quarter final 1 in his Romeo Ferraris-prepared Giulia. In a highly-strategic race, the use of power-ups provided a tense end to the race.

Quarter final 2 was much smoother, with Nicky Catsburg leading from the word go in his Hyundai.

In quarter final 1, Martin led the way at the start from Tom Blomqvist’s Cupra, as his team-mate Mattias Ekström elected not to use the power up.

On lap 2 Blomqvist used up his extra power to pull off an overtake on Martin, who was also attacked by his Swedish rival from third. On lap 4 however, another power-up-aided overtake allowed both Martin and Ekström through, leaving the Brit down in third.

Despite preserving most of his power up for the final phase of the race, Ekström couldn’t get through, finishing less than two tenths behind Maxime Martin and ahead of Blomqvist.

The Swiss pulled off his best efforts to try and overtake the Frenchman, but a strong and fair defense meant Hyundai took a 1-2 with Catsburg leading Vernay and Venturini finishing third.

Next up for the ETCR field is Pool Fast Semi Final 1, starting at 10:05 CEST tomorrow.